Commonly, the experience of ‘calling’ in the Christian faith is approached as a mysterious thing and highly prized; to have heard ‘the call’ is to have entered the ranks of the spiritual elite. Tragically, such a mystical approach leaves the majority of Christians in the stands; there they sit—excluded and disempowered—destined to be spectators while the divinely ‘chosen’ play centre field with God.

I often say that while it’s true the call of God is a mysterious thing, it is never exclusive. In fact, from a biblical perspective it’s one of the most inclusive and liberating gifts given to us—all of us. What’s more, the experience of calling is never uniform. It’s as diverse as those who hear it. 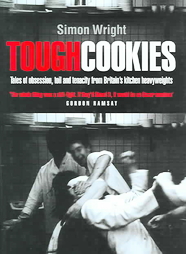 In the book Tough Cookies, Simon Wright tells the stories of four of Britain’s most talented chefs, their rise to prominence and their impact upon the culinary scene. I suppose it’s an odd place to go on the nature of call, but what strikes me is the strong sense of vocation each of these chefs have in what they do.  What’s even more telling is how each one come to that sense.  I reckon there’s some truth here for the church.

 For the infamous Gordon Ramsey, it was not the love of food that took him into the kitchen. He stumbled into cooking when a career in professional football failed. But the longer he was there the more enraptured he became. Encountering first hand the genius of the renowned Marco Pierre White, Ramsey found his home: “When I walked into that kitchen, I thought ‘my God’ … this is me, I’ve found my base. I’ve found me. I wanted it!” It was a discovery that drove him from that point on, a passion slow to flower but once in bloom took over his life.

According to Wright, “The love of food wasn’t in Ramsey’s blood, it got in there like a virus born in the atmosphere of the places where he worked. Places where reverence and respect for the best things that grace our tables infected the very air that he breathed. It was a relationship that grew over time and it was a love that came in tandem with lust, a fierce desire to the meet the challenges thrown up by this extraordinarily demanding world, to stand up to each new trial, defy expectation and move on energized, to the next test.”   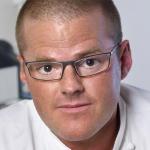 For Heston Blumenthal, there was nothing gradual about it. It was the Damascus road and burning bush rolled into one. When Blumenthal was just fifteen years old, he and his family visited a two-Michelin-star restaurant in France. The visit was accidental, but it turned out to be a defining moment for the teenager, a captivating epiphany that has stayed with him the rest of his life. From that point on, food became his passion. It was an obsession he fed, a love affair he nurtured with such focus and energy, a driving force that arose directly out of his personality yet baffled even those closest to him.  

Shaun Hill’s story could not be more different. Any sense of passion was exceedingly slow to ignite. Ambition was never a motivating factor. Hill simply did what was in front of him, and in the course of doing so a love for food was nurtured. Quoting Hill: “I don’t think there has ever been a long-term plan … The problem with thinking too far ahead is that it stops your concentration on what your doing. So how I work is I do it while I really enjoy it and when I stop enjoying it I decide it’s time to go. This very regularly seems like a dumb idea at the time. But in order to do anything well you have to be completely, maybe not obsessed, but committed, not looking to the next chance.” For Hill, awareness of his own sense of vocation has only come in retrospect. It’s as he looks back over his shoulder that he is able to see some sense of who he is and what he’s about.  

Finally, Marcus Wareing’s sense of vocation came primarily through hard slog, persistence and failure. And even more through significant relationships, firstly with his father and then with other notable chefs like Ramsey. According to Wright, “When you think about it, it’s a common enough tale. Seldom does anyone achieve much without finding a mentor for at least some of the way, someone to feed off, someone to believe in, someone to journey with. Very little comes from a vacuum.”

Wareing’s self confidence was always slight, but his belief in the wisdom and giftedness of others was unrelenting. He burrowed into these relationships, determined to learn everything he could, to feed of the passion and talent of others. And as he did his own giftedness in the kitchen blossomed: “When he was racked by doubt, questioning his own abilities, he still kept to the path, relentless … like a lonely long-distance runner pressing on through the pain, like a boxer on the ropes refusing to go down.”

What strikes me is that each story is so different, each personality unique. Yet each is gifted and has found a ‘home’ in the kitchen.

We Baptists hold tenaciously to the ‘priesthood of all believers’ … all believers. It behooves us to be sure that our language of ‘calling’ is one that both empowers and includes, one that celebrates difference, and one that invites every person of faith onto the field and into the game … or the kitchen!

4 thoughts on “Cooking and calling”